How to Deal with Animal Invaders 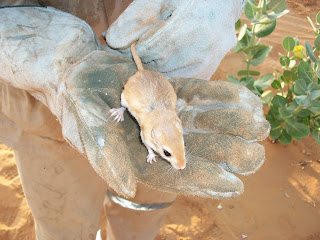 The first sign of animal intruders could be the sound of tiny paws scurrying overhead.  Or, you
may come to find their droppings in your home.  Perhaps, as it happened to me recently, you will come find that something other than your pets has been gnawing at the cardboard boxes stored in your garage.   Anyway you slice it, discovering that your home has been selected as a home for vermin can be disquieting to say the least.  It can also be the source of fleas and pathogens for you, your family and your pets.  An even more shocking discovery is that these pests aren’t always so easy to get rid of.

They Only Come Out at Night

What’s even worse is that many vermin are awake while you sleep.  This makes them harder to locate and eradicate.  It also makes it easy for many furry intruders to make their way from your garage or attic to your kitchen, bedroom or living room.  If you think that hearing the pitter patter of paws on your ceiling is disquieting, wait until you have a close encounter of the furry kind on your way to the bathroom.

The second shocker is how expensive it can be to have a professional rid your home of vermin.  Depending on how entrenched these intruders have become, it could cost $1,000 or more to evict these unwanted tenants.  Add to it the amount of damage that can be done to your home before, during and after they’ve been given the bum’s rush, and you may feel as if you’re the one who is caught in a trap.  That’s right, depending on the type of four-legged invader you’re dealing with, their scat can prove toxic and their gnawing can damage your home’s wiring.  The bottom line is the sooner you deal with these pests the better.

What kind of critter are you dealing with?While the telltale high-pitched squeak of a mouse is unmistakable, the pitter patter of rats and squirrels, raccoons and feral cats are hard to differentiate.  What’s even worse is when your problem multiplies when these fuzzy freeloaders have offspring.  Here are some sobering statistics: 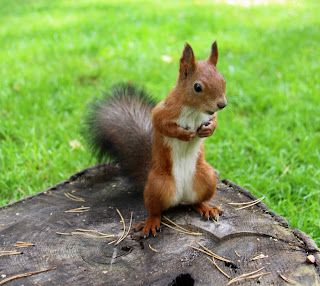 1.   Rats can breed when they are only 2 months old.  They can reproduce year around and wean their offspring in as little as 3 weeks.  The average litter is 10-12 babies every 3-4 weeks.

3.      Raccoons breed in late January to early March.  They have between 3-5 kits.  In addition, raccoon scat is pathogenic to you and your pets.  Use extreme caution when handling raccoon droppings.

4.      Feral cats can reproduce as young as 5-months-old and can give birth to as many as 5 litters of 1-6 kittens per year.Before you can eliminate these invaders, you first have to identify what kind you’re dealing with.  Depending on where they’re holed up in your home, this can be maddeningly frustrating.

While garage or roof rodents are fairly simple to spot, critters that have burrowed their way inside your walls are extremely difficult to identify, let alone trap.  Here are a few clues to help you identify the intruders:

How to evict unwanted critters from your home.

Once you identify what has invaded the sanctity of your home, the next question is how to deal with it.  Calling animal control will only work if the invader is located outside your home.  If it’s taken up residence inside your home, you need to either deal with it yourself or call a pest control company.

1.      When it comes to eliminating rodents, there are two schools of thought: traps or poison.  I 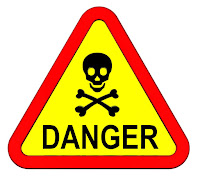 recommend traps, since a poisoned rat that dies inside your wall can create an awful stink, as well as posing a toxic threat to your pets should it be found and eaten.  Rat and mousetraps kill rodents on the spot, making their disposal less problematic than poison.  Just be careful when setting spring-loaded rat traps or you could injure yourself.

2.      Live capture traps are the way to go when it comes to removing squirrels, feral cats and raccoons.  However, getting any of them to take the bait is no easy matter.  In some cases, it might prove necessary to place the newborn pups in the trap to lure in the mother.  To do so safely requires you to don safety gear, including leather gauntlets and face-mask. It the critters are nested in your attic this could require an hour of searching for the nest which is best accomplished when the mother is away. (Now you know why pest control companies charge so much money to do the deed.)

3.      Once you’ve captured and relocated or disposed of the offending critters, your job isn’t finished.  Next you need to seal and reinforce any entry holes and sanitize the nesting area.  The latter should be done wearing gloves and face-mask, since scat can contain pathogens.  You may also need to remove any nearby insulation that may have soaked up animal urine. Always wear long sleeves and pants to keep from being bitten by any fleas the vermin may have been bearing.  Double bag all nesting material and soiled insulation before spraying the area with disinfectant and time-release flea killer to rid the area of flea infestation.

5.      Will your homeowner’s policy cover damage caused by pests? – That depends on how the damage was done and what did it.   Raccoons and bats aren’t considered as vermin and are not considered as covered perils by most homeowner’s policies.  If the damage was caused suddenly, most insurers consider it a covered peril, minus your deductible. If the damage was caused gradually, most homeowner’s policies exclude coverage.  That means if rodents were to gnaw through a water pipe which then flooded your home, you’re covered.  If the same rodent gnaws through the same pipe only to cause a slow drip that ruins your ceiling a year later, you’re out of luck.

6.      Talk to your insurance agent as soon as you note any pest infestation.  This will help you determine what is and isn’t covered by your policy, as well as how to document and file a claim.  The most important thing to document is that you knew about the infestation and did something about it in a quick and efficient manner.  If you knew about the problem and failed to remedy it in quickly, it could give your insurer grounds to deny your claim.  And that could prove to be a pesky problem for you.

Breaking Down is Hard to Do

By Catherine Powell If you’ve ever spent hours waiting by the side of the road for a tow truck in the dead of night because your car b... 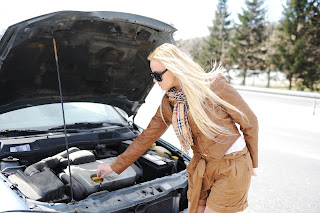