Drones, otherwise known as unmanned aerial vehicles or UAVs, have become popular with the military and the public.  As of 2021, more than 800,000 UAVs have been registered  by the FAA in the US alone.  If you're into flying drones for business or pleasure, there are a few things you need to know about liability as a UAV operator. That's because while flying a quadcopter or winged camera platform seems like fun, if this activity causes personal injury or property damage, you could find yourself fined, arrested or sued.  Before your next flight of fancy takes you straight into the danger zone, here's what you need to know.

Personal Peril on the Flight Line

As they say, what goes up must come down.  The problem is when a drone comes down it can inadvertently cause an injury or damage property.  Many UAVs have exposed propellers that can slash skin or cut wires as they come back to earth, even if they're under the control of an operator.  If the operator loses contact with a drone, it can and will ultimately land on its own when the battery runs down.  Should the emergency landing happen on a busy road, it's entirely possible that the craft could impact a vehicle or cause a traffic accident as motorists try to steer out of its way.  It's also possible for a drone to simply fall from the sky, which could lead to injury or cause property damage.  I remember seeing a falling drone narrowly miss a downhill racer a couple years ago.  Fortunately, the craft crashed a few feet behind the skier who never new how close he came to being bombed on live TV.  My point is, if you fly a drone, you could wind up in deep trouble if your craft comes down anywhere other than at your feet.

Conflict with Other Aircraft

Even though drones aren't permitted to fly anywhere near an airport, that doesn't mean they can't come into conflict with other aircraft.  Helicopters regularly buzz around the city at altitudes low enough to hit a drone.  The same goes for airplanes on final approach or those towing banners over the beach.  Even if your UAV doesn't strike an aircraft directly, if the incident of a near miss is reported to the FAA, you could find yourself facing charges.  Last but not least, one of the biggest flying hazards faced by drone operators is the potential for bird strikes.  If a flock of pigeons or seagulls should suddenly intersect with your drone's flight path, the resulting collision could send your craft hurtling toward the ground.

Can your Drone be Hacked?

Another unexpected hazard to contend with involves a loss of contact with your craft that can be caused by radio interference that may or may not be innocent.  It's widely known that the radio protocol used by drones and other radio controlled aircraft known as Express LRS can be hacked. If a hacker cracks a UAVs unique identifier code, he or she can spoof the drone into believing that they are the real operator of the craft.  Other ways of hacking a drone involve spoofing the craft's GPS or building a handheld drone disabler designed to interfere with the operator's radio control signal.  There are even chatrooms dedicated to providing hackers with the latest means of commandeering popular UAVs.  Back in December 2011, Iran hacked a US Lockheed Martin Sentinel UAV that they then showcased online to the world.  The bottom line is if you fly a drone, control of your craft can be taken away from you at any moment.

While you may not think that flying a UAV makes you a paparazzi, your neighbors or a member of the public may consider your flying camera platform an invasion of their privacy.  It isn't only celebrities who have filed suit against drone operators, ordinary citizens have also been known to do so if a UAV flies too close to their property for comfort.

What Kind of Insurance is Available to Drone Operators?

While the FAA has yet to make drone insurance mandatory for recreational or commercial UAV operators, due to the likelihood of an unforeseen incident it isn't a bad idea to learn about the kind of protection that's available.  Currently, there are five different types of coverage available to UAV owners:

1. Drone Liability Insurance - If you're looking for coverage that protects you from incidents involving bodily injury or property damage caused by the operation of your drone, this is the product for you.  This way if your UAV crashes through a window, starts a fire, or causes harm to bystanders or motorists on the ground, you won't have to worry about digging into your pocket to cover the damages, up to and including losses incurred due to a lawsuit (up to the limit specified on your policy).

2. Product Liability Insurance - Sometimes it isn't the operator's fault but a manufacturing defect in the drone itself that can result in property damage or an injury to another party. Product liability insurance covers drone owners from damages caused by a faulty UAV.

3. Cyber Liability Insurance - This kind of coverage lets you fight back if your drone gets hacked.  While it won't help cover the cost of replacing a damaged or stolen drone, it will help protect you against civil damages and fines caused by unsafe operation of your UAV resulting from a hack to the aircraft or intentional interference with your drone's controller.

4. Hull Insurance - If your drone only set you back a $100 or so, covering the aircraft against loss probably isn't worth the effort.  However, if your UAV costs thousands of dollars, you should look into covering it against theft, damage or destruction.

5. Payload Insurance - Some drones carry expensive peripherals that can cost as much or more than the craft itself.  If you plan on mounting expensive optical systems on your drone, payload insurance will make sure they're covered.

When you consider the cost of a typical drone policy runs as little as $500-$1,000 per year and offers up to $1 million in coverage, if you want to make sure your hobby or drone business won't crash and burn, talk to your insurance agent about drone insurance. 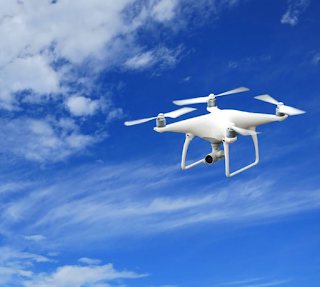