Why is a Vehicle's VIN a Very Important Number?

If you’ve ever bought or leased a car you know that it came with a unique VIN.  But what you probably didn’t know was how important the VIN really is.  The Vehicle Identification Number is a different for every vehicle manufactured in the world.   The unique 17-digit number is more than a mere security feature.  It allows you, your bank, your insurance agency and possibly law enforcement to identify your vehicle from the 1.2 billion currently on the road today.  The number also provides a wealth of information about the type, make, model and engine size, as well as the year and country in which it was manufactured.

Like fingerprints, no two VINs are alike.   More importantly, every letter and digit in a VIN represents a wealth of information about the vehicle to which it is affixed:

3.      The following 5 numbers are what is referred to as the vehicle descriptor section, which is intended to relay information concerning the model, the body, the transmission, the engine and the type of vehicle.  Since each manufacturer provides their own codes for this section, you’ll need to research these digits and letters separately to determine what they mean.

4.      The ninth digit is the Check Digit, which is employed to prove that the VIN is authentic.  The check digit is created using a complex computer algorithm to ensure that it can’t be counterfeited.

6.      The eleventh digit is used to designate in which auto plant the vehicle was manufactured.

7.      The final 6-digits are used to designate the production serial number of the vehicle.

Where is the VIN located?

In a car, van, SUV or light truck, the VINs primary location is in any of 3 places: on the dashboard, on the front of the engine block, and/or on the driver’s door.  If your car has a spare tire, some manufacturers also put the VIN underneath the spare in the trunk.  Another location could be in the driver’s side wheel well.

On a motorcycle or dirt bike, the VIN number is located on the steering neck, as well as the motor near the bottom of the cylinder.  With ATVs, it’s up to the manufacturer to decide where to locate the VIN.  However, most have the number etched on the frame to the left side under the shifter.  If you can’t locate the number, it’s best to call or email the manufacturer to find where they affixed the VIN.
On motor-homes, the VIN should be visible through the windscreen on the driver’s side.  Travel Trailers and campers usually have the VIN located along the frame and inside exterior compartments or cabinets.  Fifth wheels usually have the VIN located on the framework of the pin box or on the front lower exterior wall.

On all motor vehicles, the VIN also appears on the title, on the registration and on the owner’s insurance card.  If you’re thinking about buying a used vehicle, you need to make sure that the VIN on the vehicle matches the VIN on all three documents.  If not, the vehicle you are considering could be stolen and/or the title could be bogus. 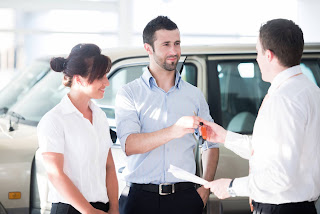 Signs of tampering with the VIN include scratches on the VIN tag or the area that surrounds it.  If there are scratches or there are signs that the windshield was removed to get at the VIN, you should walk away from the deal immediately.

Another way to verify the authenticity of the VIN is to look at the Federal Safety Certification Label that is affixed to the driver’s door.  Make sure the label isn’t loose or scratched.  It also shouldn’t be obscured or marred in any way.  If you’re at all suspicious that a VIN may have been switched or tampered with, take the vehicle to your mechanic to have him inspect it.

Last but not least, you should point and click your way to the National Insurance CrimeBureau to perform a VIN check.  The check will not only verify that the VIN belongs to the car you’re considering, but it will also let you know whether the vehicle was reported as stolen.

Why is the VIN so important?

More than just an identifying number, the VIN can be used to research the history of any vehicle.  This can include police reports, insurance documents, accident reports, vehicle history and repair records.  In short, everything you need to know about a vehicle can be accessed through this one very important number.

Getting Fired Up About Fire Safety

By Catherine Powell If there’s one thing that most homeowners dread, it’s to have their home catch fire.   Whether it’s waking up from... 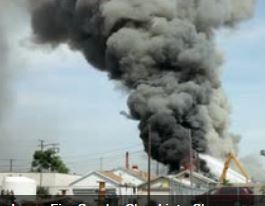