Will Your Auto Insurance Rates Rise if You File a Claim?

Into every life a little rain must fall.  Or, so the story goes.  When the rain falls in Florida, which is a frequent enough occurrence, the number of auto accidents dramatically increase.  With auto accidents come auto insurance claims.  The question I frequently hear from many of my customers is, “If I get in an accident, will my auto insurance rates go up?”  The answer is, “It depends.”  If you aren’t labelled at-fault, then your rates won’t go up since the claim will be filed through the at-fault driver’s insurance company, unless they have no insurance.  If you are deemed at-fault, the answer is Yes, your rates will go up.  Then next question is invariably, “Why and by how much?”


What’s the point of having Auto Insurance?
Any kind of insurance is designed to reduce the risk of catastrophe.  People buy homeowner’s insurance to protect their property, but it also includes provisions for liability issues, theft and other unpredictable misfortunes that can befall a homeowner.  Likewise, with an auto insurance policies, while most people focus on the auto part of the term, your auto coverage is designed to protect you from much more than having your vehicle repaired after an accident.  Depending on where the accident occurs, your vehicle could cause damage to someone’s property, which is covered under your policy.  Likewise, you or your passengers, as well as those of another vehicle could be injured or killed in a wreck.  A pedestrian could be struck and inured or killed.  These are also covered by your policy.  An at-fault motorist may or may not have insurance.  That’s why it’s always a good idea to have uninsured motorist protection on your policy.  Were any of these calamities to take place to you where you were deemed at-fault and you didn’t have auto insurance, it would be up to you to pay for repairs to any vehicles involved in the accident, plus property damage and  medical expenses for everyone injured.

Does filing a claim mean your rates will rise?

Many people feel slighted when they file a claim only to have their rates rise.  They feel as though they have paid into the system and deserve to get something back when worse comes to worse.  The problem is, when an accident does occur and they file a claim, their rates rise in short order, sometimes substantially.  Worse still, sometimes their insurer will drop them after a claim is filed.  This makes many motorists see red.  They feel as though they are being punished for using the very thing they may have paid into for years.  In short, they feel cheated.  The problem is that’s not how insurance works.  All insurance is based on distribution of risk.  Risk is assessed on several factors, including location, lifestyle, age, occupation, credit worthiness and past performance.  Even if you’ve never had a speeding ticket or an accident, the minute either of these events occurs, it alters your risk profile.  This means you instantly become a riskier proposition to insure.  The higher the risk, the higher the premium.

Then comes the other question of, “How high will my rates rise?”  This is a complicated question.  Depending on the severity and cost of the accident, your rates could rise slightly or nearly overnight.  If you have more than one at-fault accident in a year, or are convicted of driving under the influence, this could cause your rates to skyrocket or your insurer to drop you altogether.  Once your rates increase, it could take three to five years for them to subside if the damages to your vehicle exceeds $2,000.

Bear in mind that depending on the severity of damages and injuries sustained in an at-fault accident, your rates could rise much higher.  Auto repair claims caused the rates to rise the least while bodily injury claims caused them to rise the most.  That’s because while the cost to repair or even replace a car is fairly insignificant, medical expenses almost always prove to be much higher.  The report cited that while the average rate increase after filing a comprehensive claim was as low as 2%, a bodily injury claim in Texas typically resulted in a rate jump of 64.8%.

Should you file a claim?
If you lose sleep at night worrying about your auto insurance rates, there is one other way to stop that from happening.  If the damage to your and another motorist’s vehicle is relatively minor, you can always opt to pay for the repairs out of pocket.  That’s guaranteed not to cause your rates to rise one red cent.

How is Your Insurance Rating Calculated?

By Catherine Powell Image courtesy picpedia If you’ve ever compared your auto insurance rate to that of a friend, you may come to f... 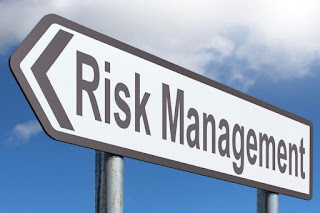