Are You Ready for the Internet of Things?

I can still remember back when personal computers were new and ultra-expensive.  Today, everything from my car to my TV is computerized and you can buy a laptop for under $500.  But what’s really scary is the fact that soon a lot of other dumb appliances and apparel are going to be internet-enabled.  If you don’t want to get left in the lurch, you need to learn a little about what is being called the Internet of things or IoT.

That’s what millions of business owners said when the first Apple and IBM personal computers were introduced back in the early eighties.  Prior to that, the only hi-tech office tools was the Xerox copier and the IBM Selectric typewriter.  Most folks thought that PCs were a fad that would soon fade away.  Boy were they wrong.  Then the Internet popped up in the mid-90s and once again, most business-people were caught napping.  With the exception of early adopters, many Americans had a hard time getting their heads around the fact that soon most everything was going to be computerized and everyone needed to become computer-savvy in a hurry.

Nowadays, most people would be lost were their laptop, tablet or smartphone taken away from them.  Even automobiles are now web-enabled, with touchscreens and voice controls built-in at the factory.  When I bought my latest car after having held onto the previous one for ten years, it took me almost a month to figure out how to use all the electronic bells and whistles.  Well, understanding the Internet of Things is going to make all this seem like child’s play.  That’s because in the near future everything from appliances and clothing, to pet products and medical devices are going to be wired to the web.

I don’t know about you, but I’m not sure I’m ready for my fridge to remind me that I’m out of milk, or the dog bowl to tell me its time to feed my dogs.  But that’s where technology is apparently headed.  While IoT has been around for the past few years, it wasn’t built into everything right away.  However, as time goes by, more and more things are being integrated into the IoT scheme of things.

What the Heck is IoT?

To put it simply, IoT is all about making connections.  Connections to the users, connections to the developers and even connections to other IoT devices.  While pundits tout such things as Smart Homes, Smart Cars and Smart TVs, the reality of the matter is that none of these devices are really all that smart.  Sure, your smart fridge might be able to use its internal camera to see that you’re low on milk and your smart security system is programmed to send you a text complete with video should anyone enter your home while you are away, but all these “Smart” devices do is run the programming they were set up with back at the factory.  Most smart devices aren’t any more intelligent than your toaster.  They’re just better programmed and able to communicate with the outside world.  In other words, the heart and soul of IoT is the computer chip and wireless communication technology.  Therein lies the rub.

How secure are IoT Devices?

Anyone who knows anything about IoT realizes that its biggest downside is security and privacy, or a lack thereof.  All these IoT devices aren’t just talking to each other and you.  Smart TVs are known to provide your viewing preferences to the manufacturer.  The smart electric meter your utility company installed with or without your permission knows which electronic devices you use when you’re home.  This also means it knows when you’re home and when you’re away.  Pretty creepy, if you ask me.

How to Hack a Nannycam

Since IoT devices are web-enabled, they need to be secured the same as your laptop, your tablet and your smartphone.   Some smart devices come with little or no built-in security other than a password that is preset at the factory.  This can prove problematic, since all it takes for a hacker to access many IoT devices is to enter the default password.

Recently, I’ve read two articles on what can happen should you forget to change the password.  In one case, a woman discovered her child monitor was hacked when she overheard someone talking to her infant daughter who was asleep in the nursery.  Fearing a break-in, she phoned the police who quickly responded to what they took to be a home invasion.  When they got there, they discovered the culprit was the child monitor/nannycam that had been hacked.  While the case was solved, the mother was quite shaken by the ordeal.

An even more brazen hack of IoT video security systems was perpetrated last year.  The hackers not only used the factory defaults to gain access to hundreds of home security videocams, they even created a website where anyone online was able to view the camera feeds for themselves in real-time.  The hack was only exposed when a TV reporter showed up at the front door of one of the hacked households and showed the homeowner the live video feed.

In another hacking case several years back, a smart fridge was turned into a zombie bot by a hacker as part of a nefarious denial of service attack.  Unbeknownst to the homeowner, while he was at work, his fridge was being used to email bomb a local business.

My point is, as more and more of the things we buy and use everyday become web-enabled, we all need to be much more security conscious.  Below are several things you should do to protect your privacy:

1.      Change any IoT device’s default password right away
2.      Choose passwords that are at least 12-characters long that contain a couple of caps, numerals and special characters like #.  Don’t use the same password on every device.
3.      Make sure your wi-fi network is secure.  If not, even if your IoT devices are secure, an interloper could gain access to all your web-enabled devices by hacking your wi-fi router.
4.      If your device comes equipped with universal plug and play, disable it.  The UPnP protocols are known to be vulnerable to hacking.
5.      Make sure your devices have the latest firmware.  Firmware is generally upgraded by the manufacturer to plug a security hole.  If the device you just bought isn’t running the latest firmware, it’s like rolling out a welcome mat to hackers.
6.      Don’t take personal IoT devices to work.  This includes wearables.  Not only can your device wind up hacked through a gap in your employer’s Internet security, it’s also possible for your employer to glom the personal information being transmitted by your device for their own purposes.

While I’m not trying to say you should be afraid of the Internet of Things, what I’d like to point out is that when it comes to maintaining what little we have left of our personal privacy, we all need to decide which is more important, convenience or security. 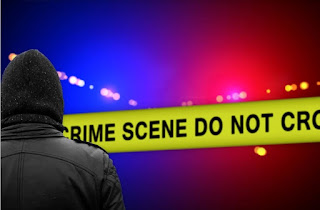